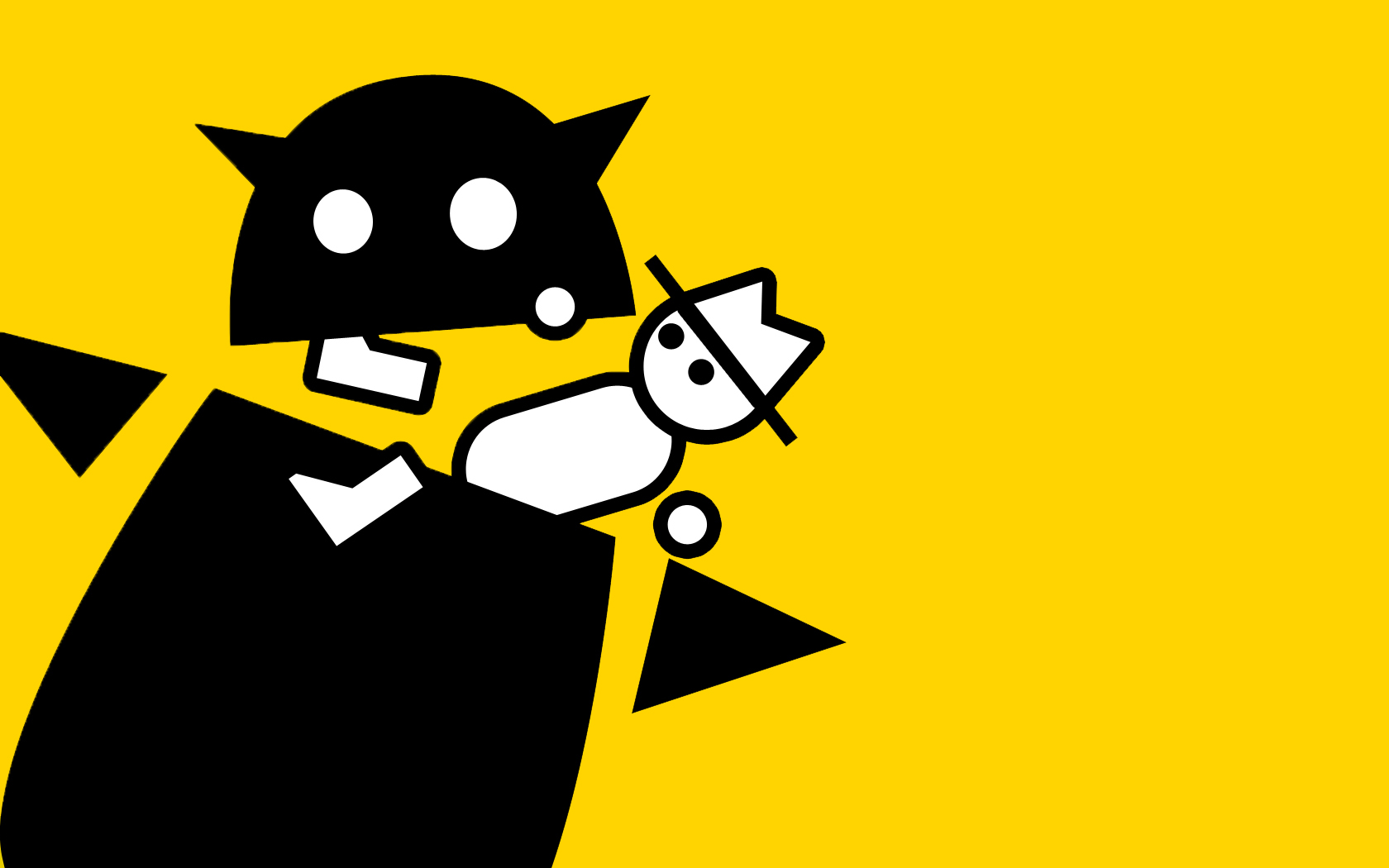 Way, way back in 2006, in the esteemed pages of Esquire magazine, Mr. Chuck Klosterman threw down the following journalistic gauntlet: “there is no Lester Bangs of video game writing.”

In a footnote to a later version of the same article, he fell all over himself qualifying that statement, noting that “Whenever someone wants to bemoan the state of pop criticism they immediately try to exhume Bangs’ mildly overrated corpse, and I dislike that tendency as much as everybody else”. Despite his annoying lack of the courage of his own convictions, though, Klosterman’s larger point remains salient.

We all know that video games have become a major arena of cultural production, significant enough that they’re pooching vast swaths of attention from the hoary old film and TV industries. You can’t swing a dead cat without hitting either an aging academic vainly trying to keep in touch with what the kids are doing these days (present company included) or a blogger shilling for freebies from the industry who’s producing writing about video games. But: why hasn’t a gaming critic emerged who’s capable of becoming what Klosterman calls “the idiom’s definitive voice for the mainstream world”?

When I think of exemplary rock critics, in addition to Bangs and Klosterman himself, Greil Marcus, Hunter S. Thompson, Robert Christgau, Michael Bracewell, Martin Popoff and Chuck Eddy all come to mind. So: if we were to grind these scribes up in a blender and then use a cyclotron to extract the messy essence of rock journalist goodness to inject into a hitherto unfertilized video game critic embryo, what would that look like? Well, there’d be intelligence, insight, obsessiveness, and a remarkable facility with profanity.

Also? I suspect that the resulting person would be (or at least would appear to be, by virtue of their public persona) an asshole. I’m not sure why, exactly, but in an essay called “How to be a Rock Critic & Here’s How,” Bangs presents a convincing hypothesis:

Maybe most critics are pompous assholes, but rock critics are especially — because they’re working in virgin territory, where there’s absolutely no recognized, generally agreed on authority or standards. Nor should there be. Anything goes, so fake ’em out every chance you get. Rock ‘n’ roll’s basically just a bunch of garbage in the first place, it’s noise, it’s here today and gone tomorrow, so the only thing that can possibly trip you up is if you begin to reflect that if the music’s that trivial, can you imagine how trivial what you’re doing is?

Which actually is a good attitude to operate from, because it helps keep the pomposity factor in check. Half the rock critics in the country, no, 90% of the rock critics in the world have some grand theory they’re trying to lay on each other and everybody else, which they insist explains everything in musical history and ties up all the loose ends. Every last one of ’em has a different theory and every last one of the theories is total bullshit, but you might as well have one as part of your baggage if you’re going to pass.

In 2009, the Prophesied One finally appeared in the form of an Australian-dwelling British game designer and writer. His name, which is almost as unlikely as “Lester Bangs”, is Ben “Yahtzee” Croshaw, his bailiwick is an online video series called “Zero Punctuation,” and, yes, he’s kind of an asshole. In the best possible way.

Like most of us nerds, Croshaw was watching a lot of YouTube videos in 2006. It occurred to him that it might be interesting to make a video using only still pictograms accompanied by a voiceover. In July 2007, Croshaw uploaded his first two videos to YouTube, one reviewing The Darkness demo for PlayStation 3, the other, Fable: the Lost Chapters for PC/XBox. Video game site The Escapist quickly offered Croshaw an online home, and Croshaw returned the favour by quadrupling the traffic to the site.

Croshaw claims that the breathless, acerbic speedfreak delivery which gives “Zero Punctuation” its name (and, to my mind, hearkens back to Lester Bangs’ all-exclamation tour-de-force essay “Sham 69 is Innocent!”) was an accident. Like Christian Bök (another virtuoso of verbal velocity) always says, the best performers make their liabilities into their assets. Croshaw has done just that, shaping a lumpy grab bag of eccentricities into a personal aesthetic that is, as Bangs might say, pure punk.

Machine-gun delivery aside, Croshaw’s prose is funny and trenchant, enough so that a small army of devotees has been diligently transcribing the “Zero Punctuation” monologues onto a wiki, line by line. The review of Valve’s instant classic cooperative shooter Left 4 Dead, for example, begins “It’s my observation that zombies are second only to ninjas, pirates and monkeys in the list of things nerds like and need to shut the fuck up about.” ‘Nuff said.

The illustration style of “Zero Punctuation” (basically a series of stills) also transforms what might be a liability in lesser hands into an asset. First, the relatively static quality of the images creates the illusion that the monologue is faster than it actually is. Second, as animating the monologues is incredibly time-intensive, using a series of stills is likely part of what makes it possible to produce each new episode in a timely fashion. Third, as Scott McCloud has argued convincingly, verisimilitude in cartooning is fine, but it isn’t always either necessary or desirable. What matters is the creation of a tiny, consistent world with its own logic … a logic that is capable of both parodying real events and creating compelling narratives of its own. I’ll take Rocky and Bullwinkle over highly rendered anime jailbait any day of the week.

Croshaw’s reviews also regularly and reliably perform the two actions that Klosterman finds lacking in most video game reviews. “Zero Punctuation” not only explains what playing a given game feels like; it also provides some context about what a given game means in a context that’s larger than the workings of the game itself. The following comes from the “Zero Punctuation” review of Double Fine’s Psychonauts, a game much beloved by critics but not particularly coveted by actual consumers:

Psychonauts seems like a rather polarizing game in that some people seem to think it’s the kind of thing Jesus would make if he was alive and wasn’t a pussy and some other people feel it’s a chunky vomit milkshake severely overhyped by the people in party A. Which group you’ll fall into depends on whether you’re the kind of misty-eyed games-are-art hippie who can allow things like excellent storytelling and charming artistic direction (excusing a few gameplay issues) or if you’re the kind of twitching Ritalin-popping XBox owner who falls into a narcoleptic coma when they go without killing something for forty-five seconds.

The larger point here is that it’s not just video games that have room to grow beyond their current promising but underachieving stage. Game criticism too can aspire to be something other than a peer-reviewed essay or glorified advertising copy. As Klosterman concludes, “If nobody ever thinks about these games in a manner that’s human and metaphorical and contextual, they’ll all become strictly commodities, and then they’ll all become boring. They’ll only be games.”

The reason that we need to think about this issue is that, as with rock music beforehand, no one who ever began playing video games has ever really stopped. As the demographic for video games continues to broaden, we’ll need as many ways to think and write about them as possible. If we straight white guys weren’t so good at being pompous assholes, it’d all happen a lot faster.