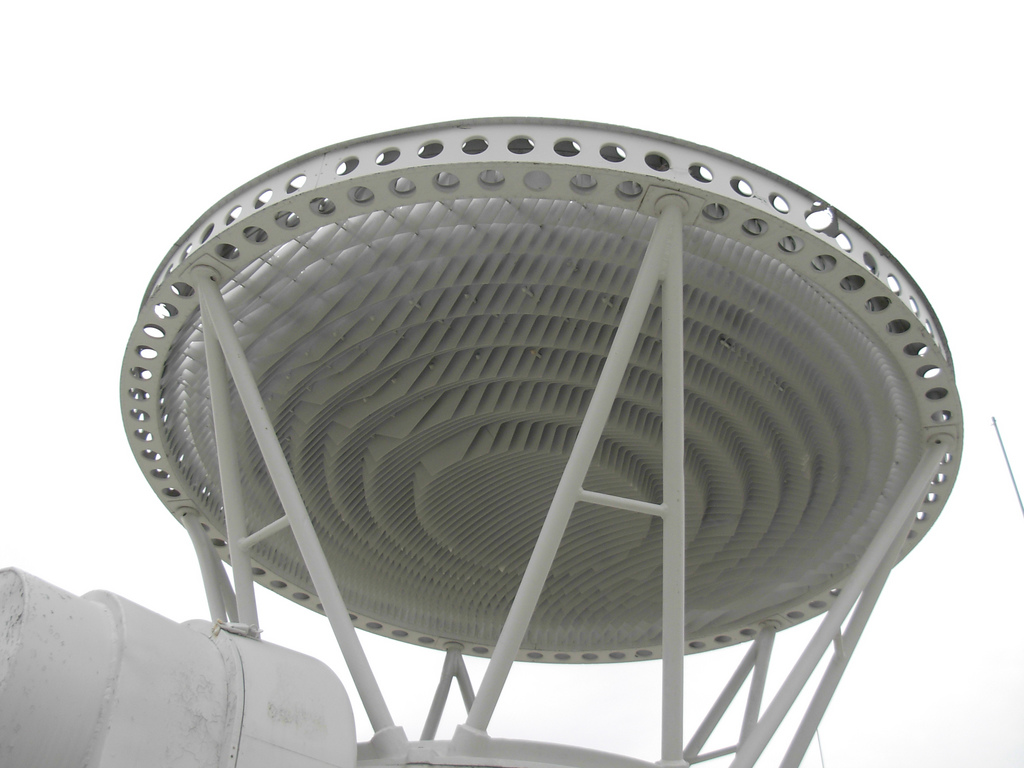 “Artists,” wrote Ezra Pound, “are the antennae of the race.”{{1}} In the introduction to the 2nd edition of Understanding Media, so does Marshall McLuhan, who updates and expands the metaphor:

Art as radar acts as an ‘early alarm system,’ as it were, enabling us to discover social and psychic targets in lots of time to prepare to cope with them. This concept of the arts as prophetic contrasts with the popular idea of them as mere self-expression. If an art is an ‘early warning system,’ to use the phrase from World War II, when radar was new, art has the utmost relevance not only to media study but to the development of media controls.

When radar was new it was found necessary to eliminate the balloon system for city protection that had proceeded radar. The balloons got in the way of the electric feedback of the new radar information.{{2}}

World War II, in fact, was the force that put Marshall McLuhan in contact with two of the leaders of the early 20th century avant-gardes: Pound and Wyndham Lewis. McLuhan met Lewis while teaching in St. Louis in 1943, and maintained a close working friendship over the next two years, while both were living in Windsor, Ontario. McLuhan and Hugh Kenner traveled to St Elizabeths Hospital in Washington D.C. in 1948 to meet Pound, where he was incarcerated for putting his “poet-as-antenna” aphorism into practice, producing radio broadcasts in support of Mussolini’s fascist government during WWII. McLuhan had read Pound with enthusiasm while a student, long before the war, and corresponded with him for several years after. By the time McLuhan joined the faculty at St. Michael’s College at the University of Toronto in 1946, he was in all likelihood the only expert on modernist poetry at the time in all of Ontario {{4}}. McLuhan biographer Philip Marchand notes that in later years, McLuhan always credited the poets of the modernist avant-gardes as “the real inspiration for his media studies” {{5}}.

Contemporary journalism and popular culture, when it thinks about McLuhan at all, tends to see him from the wrong end of the telescope, positioning him as a technologist and a futurist rather than as someone deeply invested in language and literary tradition. In the masthead of its first issue in March 1993, Wired magazine declared McLuhan its “patron saint,” and for many commentators, this marked McLuhan’s return to a position of public legitimacy after the indifference that his works faced for much of the 70s and 80s. The first actual article on McLuhan in Wired (4.01, Jan 1996), Gary Wolf’s “The Wisdom of Saint Marshall, the Holy Fool,” describes him as scholar, teacher, social, political, and economic analyst … but there’s no mention of poets or poetry anywhere.

It’s an odd blind spot, because McLuhan’s writing, is obsessed with, saturated with, avant-garde poetry and poetics, both as form and subject matter. Take the only known letter from McLuhan to Harold Innis (1951) as an example. Though he is arguably even more important to the formation and theory of Communication Studies than McLuhan, who described his Gutenberg Galaxy as a “footnote” to Innis’s work {{6}}, Innis was rarely read outside of Canadian Communications circles until the resurgence of interest in McLuhan’s work in the 90s. This letter is important because it’s not only one of the first clear statements of McLuhan’s interest in the importance of “technological form” over “informative purpose” (that is, “content”){{7}}, but also of his notion of “organizing an entire school of studies” around the subject of communication {{8}}. So what does he write about, when attempting to attract the attention of Innis, a political economist and historian by training? Avant-garde poetry and poetics.

What McLuhan sees in avant-garde technique is a vehicle for discussing the “function and effect of communication on society,” which he thought was the only thing that would keep English departments from going the way of the study of Latin and Greek {{9}}. He seizes on Stéphane Mallarmé’s “discontinuous juxtaposition of unrelated items” as the signature method of the first avant-garde, Symbolism. Right or wrong, throughout his career, McLuhan would use the word “Symbolism” as shorthand for anything collaged, because of its ostensible etymology as sym-ballein, or “thrown together.” In terms of its usefulness for cultural analysis, McLuhan reads Symbolist technique as a diagram of the way that stories on the front page of a newspaper butt up against each other {{10}}. Here is the artist at work as cultural antenna: pointing directly to a formal quality of media that was previously so close to us, so familiar, that it was entirely invisible; this is a phenomenon that Innis famously refers to in his own work as “bias”. In his introduction to the 1st edition of Innis’s The Bias of Communication, McLuhan writes of using avant-garde poetics “to organize the data of the historian and the social scientist” {{11}}, a direct argument for the value of reading the records and statistics of technology through cultural forms.

McLuhan’s writing style is, infamously, as poetic as his reading strategies. This is especially true in his work with graphic designers, like Counterblast, which draws both its name and style from Wyndam Lewis’s Blast, but it also applies to his conventionally typeset prose. In response to one critic, McLuhan wrote, “My canvasses are surrealist, and to call them theories is to miss my satirical intent altogether. As you will find in my literary essays, I can write the ordinary kind of prose any time I choose to do so” {{12}}. McLuhan’s “mosaic” prose style, based on the juxtaposition of multiple fragments to create startling and memorable effects, culminates in the creation of his own literary form: the “probe”. The probe is a sort of weapons-grade aphorism that uses punning, metonymy and other literary tropes to staple two or more disparate ideas together. Probes alter perception by associating ideas rather than serving as building blocks in a logical argument. Their purpose is to raise questions more than provides answers; probes are heuristics, machine made of words whose job is to help us to figure out how we know what we know.

Part of the problem is the contemporary attitude about poetry other than music lyrics, or, what I like to call the penicillin theory of poetry. Writing poetry is now a minoritarian art form, roughly equivalent in scale, economics and impact to making doilies for the church rummage sale (and I say this, candidly, as a poet, a publisher and a scholar of poetry). To save ourself from admitting the truth of this situation, we use poetry as a kind of cultural inoculation, putting it in the ad space on buses and subway trains and congratulate ourselves about how enlightened we are. All that reading poetry on the subway does, though, is absolve you from having to actually buy and read a book of poetry or, God forbid, go to a poetry reading.

This situation has been a little more than a century in the making, and has everything to do with changes in the kind of media that we use. To cite Friedrich Kittler again, whose thinking on the subject is heavily indebted to both McLuhan and Innis, before the second half of the nineteenth century, poetry had a monopoly on the delivery of vivid cultural experiences. That changed in the mid 19th century, when virtually every form of electromechanical media reached a mass audience within a few decades. For Kittler, from the era of silent cinema onward, “Film establishes immediate connections between technology and the body […] which make imaginary connections unnecessary” {{13}}. Moreover, “Film exhibits its figures in such detail that ‘the realistic’ is ‘raised into the realm of the fantastic,’ which sucks up every theme of imaginative literature” {{14}}. People continue to write lyric poetry, of course, in the same way that people used to keep cheering long after Elvis had left the building. Or sighting him after he’d died. But with poetry’s powers diminished, from Kittler’s perspective, “The new sciences and technologies made it necessary [for poets] to renounce the imagination” {{15}}. After the turn of the century, all poetry could do that was new was to comment on is its own material qualitities … which, beginning with Mallarmé and Christian Morgenstern, was the source of the very avant-gardes that so fascinated McLuhan. The reason that early avant-garde technique is a useful tool for thinking about technological form, then, is that it is technological form, and that it talks about that form continuously.

Another, related problem is our tendency to divide how we think about the world, into what the sciences are allowed to say with credibility, and what poetry (in its diminished capacity) and the other arts are allowed to say with credibility. Bruno Latour has written about this problem extensively, most directly in We Have Never Been Modern. His major point is that such “Great Divides” between the territories of disciplines means that all sorts of hybrid objects fall through the cracks, and the processes that create those hybrids remains “invisible, unthinkable, unrepresentable” {{16}}. In contemporary society, such hybrid objects are precisely the ones that are the most interesting and the most controversial. As McLuhan observed, “The problem with a cheap, specialized education is you never stop paying for it” {{17}}. In an era of skills-based, “practical” education, we desperately need interdisciplinary thinkers, people to think about what’s NOT been taken into account.

What would it mean to take McLuhan’s poetics seriously, and to take contemporary experimental poetry seriously? What I want to argue, shamelessly and polemically, is that it’s time take another look at the poetic qualities of the excluded languages of the everyday: the language of science, the language of the Internet, the language of graffiti. Not “poetry” in a generic poetry-on-the-subway and greeting card sort of way, but a specific kind of writing. Annoying, provocative writing that many people might not consider to be poetry at all, but what Latour would call hybrid texts: writing that is too odd or too difficult to classify using any other category than … poetry.